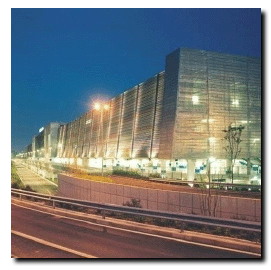 Opened to the public on the 24th of November 1998, the Orio Centre is one of the largest and most prestigious shopping Centers in Italy. The Centre hosts 200 shops and a 25,000 m² hypermarket.

Public spaces, a big plaza and over 2 kilometers of windows make the Orio Centre a true shopping jewel and an ideal place for fun and social gatherings thanks to the many shows and events set up for shoppers’ interests.

Orio Centre is an ambitious project and on the sixth anniversary of its opening on the 24th of November 2004, the second phase of the project was launched with an expansion of the structure and the creation of 40 new shops. With 120,000 m² devoted to sales, Orio Centre offers a complete product range that can satisfy the needs and requests of every visitor. 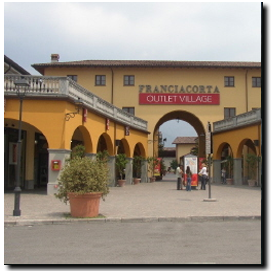 Franciacorta Retail Village is located in Rodengo Saiano, near the city of Brescia. With a GLA of almost 40,000 m² in two phases the Centre hosts more than 150 shops that produce a yearly turnover of 219 million USD.

The Centre is entirely dedicated to fashion where the most prestigious labels show their best collections at outlet prices, which guarantee savings of up to 70% on normal high-street prices.

Franciacorta Outlet Village is built around an old farmhouse, with streets and public squares which are overlooked by shops, bars and restaurants; a real suburb in which to walk, enjoy and satisfy all the desires. 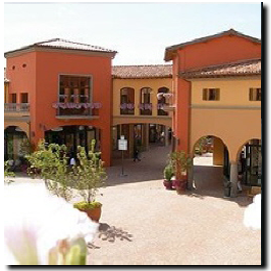 Valdichiana Retail Village is the Tuscan fashion district with plazas, streets, terraces, bridges, a big fun-park, and a gateway as in all Tuscan historical Centres. The layout of the shopping centre was designed to recreate a historical city centre.

The Centre has been built in the nearby of the city of Arezzo on the A1 motorway (the main Italian’s road that connects the cities of Rome and Milan) has been the first project of this size in Tuscany. With a GLA of 36,000 m² divided in three phases and a total of 120 shops the Centre is the biggest outlet village in the entire region. 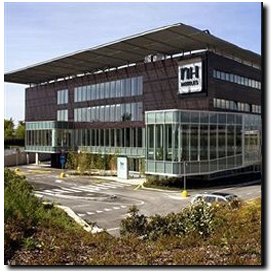 Strategically located only 4 minutes drive from the Bergamo International Airport, the NH Orio al Serio 4-star hotel is the perfect choice for a stopover or a business stay in the Milan – Bergamo area, but also for shopping lovers, thanks to its proximity to the Orio Center, one of Europe’s largest shopping malls. Moreover, the hotel is just 3 minutes drive from the Milano-Venezia highway and 4 km from Bergamo city center.

This modern business hotel offers 3 modular meeting rooms suitable to comfortably seat 150 persons and to accommodate up to 200 people for receptions. Business guests will also appreciate the 4 spacious offices, equipped with the latest technology.

The NH Orio al Serio Hotel features a number of amenities, including a cozy lounge bar, restaurant, fitness centre with gym and sauna as well as wireless Internet access in the public areas 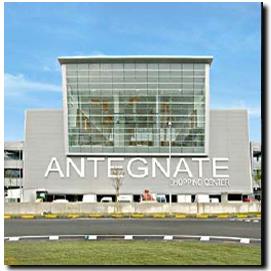 Elegant and functional architectural solutions, a gross leasable area of 36,500 m² occupied by 100 shops operated by the leading brand names, a large and qualitative food service area made Antegnate Shopping Center a point of reference for the new Commercial Centres of the country.

Antegnate Shopping Centre opened on April 2009 is located in one of the highest earning Italian provinces (20% over the national average) and with the highest per capita consumption in the country. 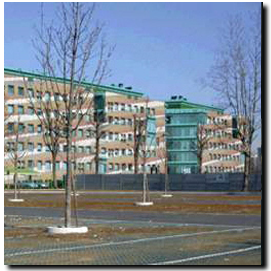 IBM Italia EMEA Headquarters (Europe, Middle East & Africa) is located in the city of Segrate, a neighboring city of Milan. Besides the headquarters’ functions such as general affairs and administration, this office also acts as their sales base.

Currently, there are 2,000 employees working on a 37,000 m2-campus with a total floor space of 70,000 m2 in three buildings.
The EMEA headquarters of IBM, a jewel of technology and design, was built according to the most modern and innovative architectural techniques and systems in terms of energy recovery and environmental impact. The centre is also equipped with advanced plant for the hardware support of high technology. 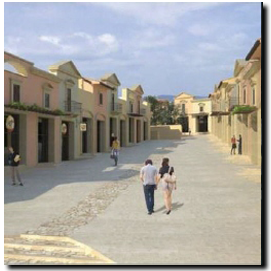 Sicilia Outlet Village, the first large commercial scheme in Sicily, opened in November 2010 and hosts 100 elegant boutiques operated directly by the great names in international fashion, where apparel and fashion collections, accessories, shoes and home products will be available at prices discounted 30 to 70% all year round.

The urban architectures and spaces, inspired by the Sicilian Baroque, further beautified by the ceramics and mosaics of the artisans and masters of Caltagirone, offers charming restaurants, pastry shops, ice cream parlours and cafés set among the flower beds, shade trees, and pergolas. Outlet visitors will savour the unique and delicious flavours of Sicilian food and wine.

The Centre is built in front of the main motorway of the island, and Phase 1 contains more than 25,000 m² of indoor shopping space, which will be augmented by the 30 additional retail stores on over 6,000 m² opening during the first months of 2011. Sicilia Outlet Village is served by a vast 2,200-space parking lot. 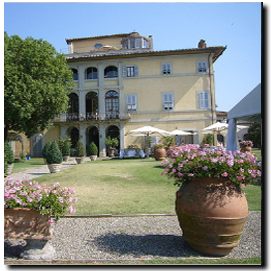 Villa Arceno lies on the hills of the Chianti region in central Tuscany between Florence and Siena, near the ancient village of Castelnuovo Berardenga.

Tuscany is home to Italy’s most renowned wines. Among them, we find the Super Tuscans, referred to as such due to their superior quality and position outside of official premium wine designations.

The Ancient Villa, that have been built by the Cardinal Flaminio del Taia in 1671, has been first restored at the beginning of the 19th century and now is a very charming five star hotel hosting 16 suites, 24 superior rooms, a SPA area and a very suggestive swimming pool that dominates over more than 220 acres of vineyards producing the worldwide famous Chianti wine.

The estate accommodates seven historic cascinas (after the Latin word for a small cabin) which have been conscientiously restored to their original condition. These unique residences are testament to the company’s meticulous attention to the architectural integrity of the region and the recognition of a long overlooked investment opportunity as they were later sold for several million Euro’s each.